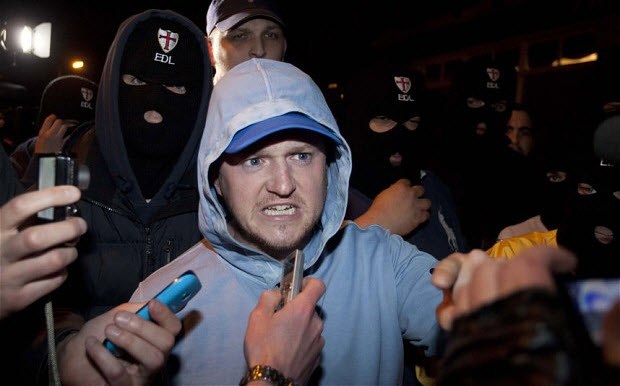 NO TO FASCIST TOMMY ROBINSON IN SALFORD

Fascist ‘Tommy Robinson’ has called a rally against the BBC in Salford, Greater Manchester on Saturday 23 February. The convicted racist criminal has no right to be on our publicly paid TV service in the first place. The fraudster has sought to sow division, and the media have every right to criticise a man with a history of racist violence and fascist organisation. The former BNP member and EDL founder would like to remove the freedom of the press to criticise him so he’s free to whip up racism and Islamophobia.

Recently he targeted refugee children from Syria in Huddersfield in order to incite Islamophobia. Working people in Manchester have long rejected the toxic politics that Robinson stands for. Manchester is a proud multicultural city with Jewish, Muslim, Black, White, LGBT+ communities. We should stand in unity against this Nazi thug.

Hosted by Stand Up To Racism and Unite Against Fascism