Book here for the second Workers’ Experience meeting for UK social work practitioners, a closed event accessible to those who have registered via eventbrite.

These meetings are safe spaces. We can only challenge the status quo, which forgets the centrality of social justice in social work and abandons the well-being of the workers, if we share our stories. Our website is currently hosting two stories that we recommend you read before joining the meeting. We would like to add more.

This meeting will not lead with speakers. We will devote as much time as possible to your voice, to hearing what practice during COVID has looked like, what you expected to happen and what you think will happen in the future. What has happened to our relationship with people receiving social care services or intervention? How have local authorities responded to legislation changes? What have you been asked to prioritise – what is your role during COVID?

Book here. You will receive log in details, including a password, for the meeting 24 hours before it starts. 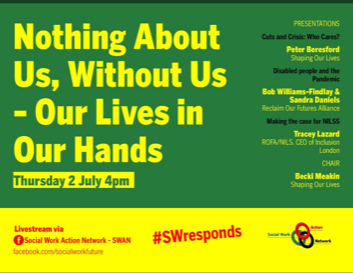 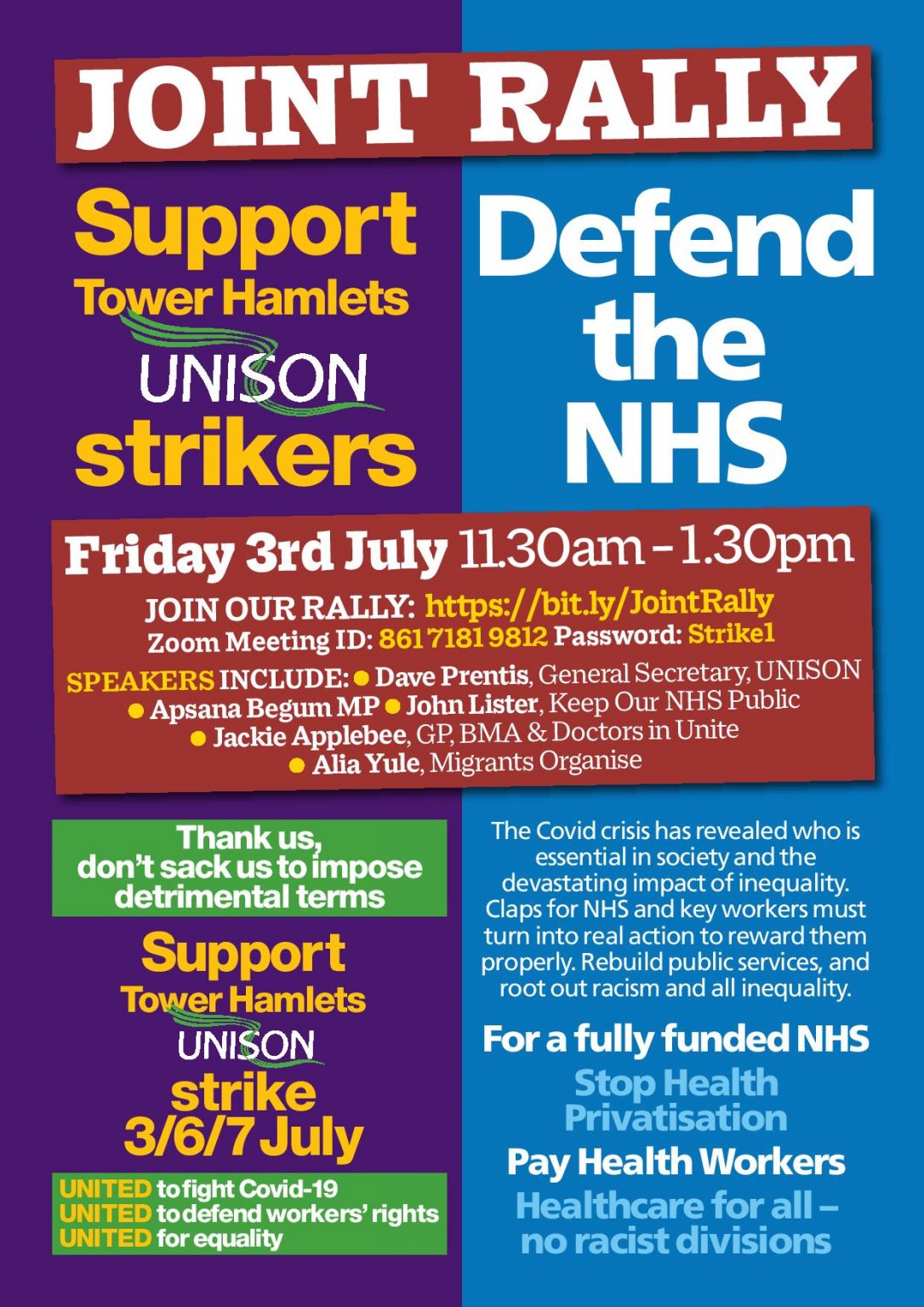 Following an arduous period of contract negotiations between Unison and Tower Hamlets Council, workers will now be taking industrial action on the 3rd, 6th and 7th July with a view for further dates in the future. The council has been determined to sack 4000 employees and re-engage them with severe contractual changes, which the union had hoped to avoid through a review process by ACAS however the council has decided to proceed regardless. Prior to the lockdown announcement workers had planned to strike however circumstances prevented this from occurring.

This comes at a time where austerity has ripped apart local budgets and services across the UK, and where council workers have been at the frontline during a global pandemic. Solidarity and resistance are going to be key going forward in many fronts – Social Work Action Network sends its solidarity to the strikers to beat back the Labour council pushing through this vicious attack of sack-and-reemploy against those for whom many in the streets clapped for during Covid-19.

Let’s be clear, this is a disgusting move to force people to engage with a contractual change that allows the Labour council to reduce expenditure as they prepare for tightening budgets and manoeuvres to cut out the unions. Any cut has an impact not only on workers but the communities too – this is a distinctive period where social workers have to come to the fore and fight for a justice economically and politically.

Following the wave of Black Lives Matter protests across the world and the disproportionate deaths of BAME communities, this move by the council will impact BAME workers heavily and only reinforces institutional racism in society. Unison had requested the impact this move would have on BAME and women staff and have found the subsequent Equality Impact Assessment to be misleading as the changes in contract do not deliver this.

UNISON Black Members Coordinator, Mick Smith : ‘ The Council’s behaviour in relation to the EQIA (Equality Impact Assessment) is very troubling and  smacks of wilful concealment.  Recently the ‘Black Lives Matter’ movement (BLM) has thrown a spotlight on how damaging  structural racism and inequality is on the life opportunities of certain communities. While the Chief Executive, Will Tuckley, and Mayor John Biggs have appeared eager to publically align themselves with BLM by putting out statements and having photos taken at statue removals; they have steadfastly refused to ensure that necessary independent scrutiny of the impact of Tower Rewards on BAME and women staff can be completed. Anyone who wants an example of how structural racism and inequality operates in practice need look no further than this.’

There will be socially distanced picket lines at the council sites that will remain open during the strike and online rallies hosted by Unison. You can send your messages of solidarity via https://bit.ly/31sJlj