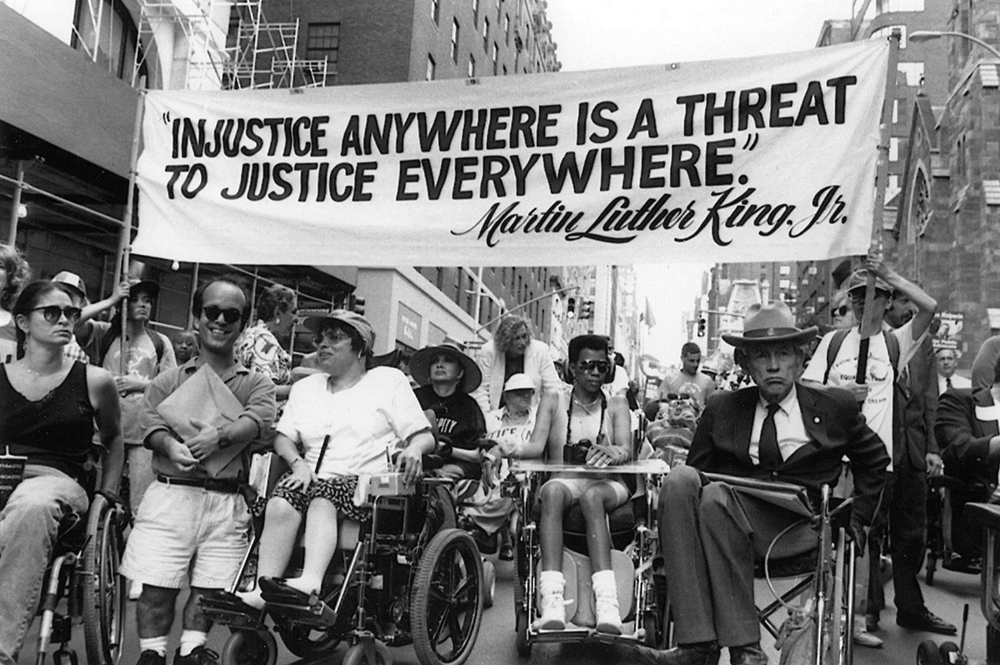 SWAN is pleased to publish a short paper that proposes a campaign to make independent living, as defined by the United Nations, the driving force for social care. This is timely. The evidence is making it inarguable that the personalisation strategy, founded on notions of consumerism, is failing and cannot succeed. It leaves an intellectual void – which way next? More funding may bring short term relief, but more of the same excites no-one. The failure of the personalisation strategy follows the failure of the community care reforms twenty years before it. Neither made any impact on the fundamental politics that continue to dominate social care.

SWAN will be seeking to develop a discourse between disabled people, service users and social workers who seek a way to return to the profession’s ethical roots. We must move from protest to action. We believe this proposal will make a valuable contribution. We urge social workers to take the time to read and reflect.

MAKING INDEPENDENT LIVING FOR ALL THE VISION FOR SOCIAL CARE

The system based on managers commandeering of practitioners’ assessments must be brought to an end. Management does so to deliver on the fiscal imperative of ensuring spending matches budget whilst at the same time deliver on the political objective of maintaining the pretence that there is no gap between needs and resources. This is the nub of the eligibility based system. It’s a system that forces social workers to compromise their professional ethics, results in gross inequity of provision and worsens health inequalities. Its focus on risk and deficit leads to failure to build on the person’s strengths. It is an oppressive and dysfunctional system which facilitates cuts and hides resource limitations. Whilst the public rhetoric of sector leaders focusses on the importance of empowering service users, the eligibility system infantilises them. It allows them only to have ‘wishes’ and ‘preferences’ but not the power to identify their own needs. To this empty rhetoric is added the pretence of up-front allocations of money to enable ‘choice’ and thus ‘control’. However, up front allocations cannot and do not happen. The smokescreen is given further impenetrability by the pretence of the service being equitable through application of national eligibility criteria, but which are quite meaningless.[1]

A small number of service users and some practitioners have the skills and strength to beat the system in order to secure better support. But this is no solution. The eligibility system creates a zero sum game. If one person succeeds in establishing more of their needs as ‘eligible’ it is paid for by others who have less. Service users who achieved independent living through employing their own staff are now seeing year on year erosion of their funding, and some cuts as large as 50%.

This oppressive and destructive policy should be brought to an end. In a society based on rights and decency the solution will be to guarantee all the resources people require for the life that is right for them. However, there is no likelihood of this happening in the foreseeable future. The cost is not known. It is not knowable in advance. The highly individual nature of need and lifestyle and the huge variability in the cost of meeting these means a guarantee of funding could only be delivered without any budgetary restrictions. Not even the NHS is funded without a budget.

Spending should cease to be controlled by controlling what is deemed to be ‘need’. It should be controlled by decisions about which needs can be afforded. Two major consequences will follow. First it will allow the identification of authentic need. Secondly it will result in the honest and transparent exposure of the gap between needs and resources.

Whilst the legislature through the Care Act has established wellbeing as the means to measure how life should be, it has not set the standard of wellbeing that people should expect. The United Nations concept of Independent Living should be adopted as the standard of wellbeing all should be supported to aspire. The UN definition of Independent Living seeks only to ensure people have the kind of life others take for granted, able to make ‘choices equal to others’ so they can lead the lives they want without poverty or discrimination. It is the least a modern, diverse and civilised society should expect for its citizens in need of support. It applies to all in need of support, of all ages and all types of impairment. Authenticity of need should be established in relation to the support a person requires to experience independent living.

To make this possible,  the following will be required from Government, Councils and Social Workers.

It is clear that the primary legislation allows councils to take unilateral action ahead of changes to the Statutory Guidance, and by interpreting the Eligibility Regulations in a particular way that will allow them to adopt Independent Living as the standard of wellbeing for all assessments of need within their council and to replace eligibility of need with affordability of need as the means to control spending.

All councils should reflect on the evidence of the dysfunctional and oppressive nature of the current system and exercise their responsibility to their communities by making independent living the standard of wellbeing for all assessments, ending the use of eligibility to control spending.

Practitioners have felt powerless within the eligibility system. The frustration of those practitioners who have retained their professional idealism is greatly compounded by the way the system lays blame on them for all the system’s failings by stating that all decisions are the result of practitioners’ professional judgements, whilst ensuring the hand of management in shaping those decisions remains unseen.

All practitioners should study the evidence, and if in agreement with the need for change, to then seek to raise debates within their work place – with colleagues, operational managers, strategic managers and, where possible, members – in order to raise awareness of the widespread unmet need and limitation of people’s lifestyles and generate momentum for change both locally and nationally.

Practitioners should study guidance published by SWAN that addresses ethical and lawful practice within the current system. They should think through the extent to which the guidance might influence how they balance their commitment to social work’s ethics with their obligations as an employee. The guidance can be found here https://socialworkfuture.org/2018/08/04/how-to-assess-needs-without-focusing-upon-cost-lawful-and-ethical-practice-a-resource/

[1] For an account of the evidence, see Ethical and lawful practice in assessment and support planning – the case for action, Critical and Radical Social Work, Vol 7.1 pp 111-117