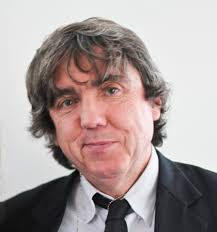 SWAN was saddened to learn of the recent death of Community Social Worker and champion of the rights of Gypsy, Roma and Traveller Communities, Michael Ridge. Thanks To Jenny Daly.

Michael was well known to SWAN as an exceptional community social worker, focusing on partnership based work with Travelling People. He fought tirelessly to promote and protect Travellers and the Haringey Travelling People’s Team. Alongside other organisations, SWAN London was pleased to support Michael at community meeting in 2013, when this team was under threat. Michael contributed significantly to the SWAN Conference in London in 2013, as well as service user involvement conferences held at London South Bank University.

A community care article from 2010 article below gives an insight into Michael’s work:

The following tribute comes from Jenny Daly, Social Worker, friend and former worker with the Traveller Movement where Michael was a trustee.

Michael Ridge who died unexpectedly in July 2018 was a social worker of exceptional skill, integrity and kindness.  He brought a unique mixture of emotional sensitivity, political awareness and creativity to his work.  For some years Michael had been working in the Haringey Travelling People’s team where he practised a model of community social work in which he believed passionately.  This involved investing in relationships and building trust with Travellers that live in the borough both on sites and in houses as opposed to just turning up to deal with a crisis without knowing much about the cultural and everyday context of their lives.

In recent months, as the last person standing in the team – his much esteemed colleague Janet having passed away at the beginning of the year – he’d had to move offices and he was very concerned that his new office space which he was still negotiating, should be accessible to Travellers, many of whom relied on him for advice and support.  He had a non-judgemental approach to the work and believed that everyone had strengths and assets which could be drawn out with the right support and understanding.  He also saw the importance of meeting Travellers where they were at, understanding how low levels of literacy often shaped their engagement as well as historic mistrust and fear of what mainstream services thought of them and expected from them.

Michael grew up in Hatfield, Hertfordshire where his parents, emigrants from the west of Ireland had settled.  There was a funny story he used to recount of how he’d get punched in the school yard for being Irish and the same would happen when he went to Ireland where his English accent marked him out.   These experiences lent him an insiders’ perspective perhaps on the everyday racisms experienced by Traveller communities he worked with, many like him from working-class backgrounds.  He was proud of his Irish heritage and understood the complexities of first generation Irish working-class identities growing up in the UK in the 60’s and 70’s, routinely depicted as trouble makers and stupid.   Later Michael would use his cartoonist skills on a project with young people showing the racism of anti-Irish humour.

Influenced by Paolo Freire’s theories of participation and dialogue, Michael knew that the key to his work was to build relationships with Travellers, to get to know their strengths and not to prejudge, which was a common experience for his clients. As a community social worker over the years he developed an in-depth understanding of the complex reasons behind the social exclusions and poor equality outcomes that many of his clients experienced.   He was a skilled advocate, educator, mediator and capacity builder.   Over the years he never tired of building alliances with Travellers and agencies and setting up projects to help young Travellers pass their driving theory tests, making links with local sports clubs and even offering his own art therapy to young Travellers he worked with.

Michael was a natural scholar with a love of learning.  He did not shine at school however and in his early twenties he would be diagnosed with dyslexia. He never forgot this formative hostile learning experience and struggled with dyslexia throughout his life.  Later, he studied politics at the University of York where he thrived intellectually and developed his lifelong passion for political analysis.  No matter how much pressure Michael was under at work, he enjoyed nothing better than to offer a critical analysis of the contemporary political scene – not to mention where Travellers and other minority groups fitted into this – which involved a carefully argued critique of prevailing neo-liberal policies and conservative values.   After university he trained to be an art therapist before studying social work at the London Metropolitan University.   A work placement at the Maudsley hospital fostered a lifelong interest in mental health.  A lover of life and always curious, he was also an avid traveller and spent time in Mexico and India.

This intellectual curiosity, ability to think critically and ease at articulating his views, fervently held though conveyed with a detached clarity and without any sense of arrogance were a feature and strength of his work.  He had a great ability to see with a wide lens, beyond the particular drama unfolding before him to the systemic and political context it was drawn from, always adept at noticing the interplay of class, race and power.  He was sometimes appalled at the levels of ignorance of Traveller communities he encountered including from service providers.  He was never reactionary though and was aware of the underlying fears and unconscious motivations which drove attitudes and behaviours.  He also saw the links between service quality and top down policies.  Always seeking to educate and create dialogue, over the years he gave many presentations generally in partnership with Travellers on good practice and cultural competence in working with these communities.

With his gently wry sense of humour, ability to listen and to tell a story, he had an ease with people and a versatility whether on a one to one with a client or a colleague or giving a talk to an audience of policy makers and academics.  Many of us encouraged him to go into academia where his love of learning and knowledge naturally belonged.  For a while he used to talk about this, but he was always drawn back to the struggle on the ground especially in the last few years when his specialist team was increasingly under threat by dramatic funding cuts to the Town Hall.

In 2013 the future of the team was looking particularly precarious and despite the huge strain he was under and ever the strategist he masterminded a courageous resistance by mobilising Travellers, voluntary sector organisations and other supporters.  Memorably he organised a meeting in the civic offices where a great show of supporters turned up including a number of Travellers who spoke very persuasively of the important work that Janet and Michael carried out and the trust they had built up with them over the years.  The representatives tasked with carrying out the consultation who had previously questioned the need for the service were gobsmacked and the team got a reprieve.

Sadly, five years after this victory and in the space of six months both Janet and Michael have passed away and it’s hard to imagine the survival of the Travelling People’s team without them.  For those of us who were inspired by Michael and his passion for community social work and commitment to social justice, we must take heart in his vision of a more humane model of social work with marginalised groups which was based on relationships, trust and dialogue.

We want to develop a network of service users, practicitioners, academics and students to support radical and progressive social work. We need a social work that is ready to challenge oppressive practice, that means working collectively across the country and internationally to advance Social Work.

Articles, Campaigns
Read More
Articles, Campaigns
Social Work Action Network-International (SWAN-I):   Statement on the Invasion and War in Ukraine  Please find below a statement agreed by SWAN-I in relation to the war in Ukraine. As an international social work organisation, the Social Work Action Network- ... Read More
Articles
DATE FOR THE DIARY: 28th October 2021 , 7pm – 9pm On the 22nd of May 2021 at the AGM Reclaim Social Care the campaign organisation adopted a new vision and strategy alongside voting to change its name to Act 4 Inclusion. ... Read More